The first day of school, her teacher came up to me and said, “Wow, I can see a HUGE difference in Katelyn this year!" 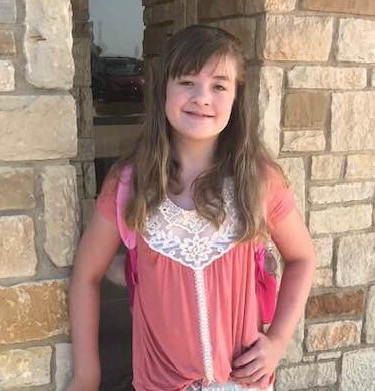 We came across Play Attention last year for my daughter, Katelyn. We’ve been homeschooling for 5 years, and I noticed that she had some cognitive issues, as well as significant trouble focusing when we were doing school work. I thought she might have ADD or ADHD, like her older brother and me. When I would try to show or teach her something, her eyes would wander, and she would often bring up things that had nothing to do with the lesson, such as asking when she would get to play her favorite iPad game or how much else she would have to do that day.

She also attends a part-time school program, and her teachers had noticed she was having some difficulties with focusing and participating in class. So I decided to try the Play Attention program. We started toward the end of June, and Katelyn played the games consistently until school started in mid August.

The first day of school, her teacher came up to me and said, “Wow, I can see a HUGE difference in Katelyn this year! She’s paying attention, she’s focused, and she’s participating in class. She’s doing very well, and I’m so proud of her!” That’s when I knew without a doubt that Play Attention really does what they say it will. I actually wasn’t sure it was working. I thought I was seeing some minor changes at home, but that completely confirmed it all for me. I was so proud of my daughter too, and I happily told her about the compliments and how the Play Attention games were helping.

In addition to that, Katelyn was recently tested and was diagnosed with Autism. Several of her cognitive scores were very low and her conversational skills were lacking, but her Attention scores were in the average range. Since these scores are compared to other children her age, this meant her attention and focus skills are very good! She can pay attention and focus just as easily as other kids without any attention issues. I am definitely pleased with my decision to purchase the Play Attention program and would highly recommend it to anyone with difficulties staying focused and on task. As they say, the proof is in the pudding!! That’s definitely true for Play Attention.