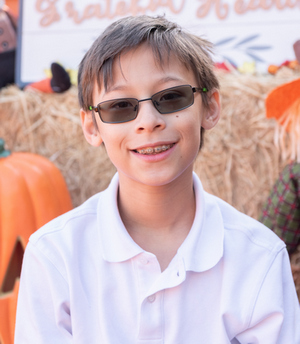 We started the program on August 30, 2019. The difference between his August 21, 2019 and March 7, 2020 FOCUS test results show quantitative proof that the Play Attention program is doing its job with helping my son improve his ability to perform tasks in a consistent and timely manner by improving his ability to focus on the task at hand.

With the initial FOCUS test on Joonas' consistency, he was accurate and responsive only 43% of the time for his age group when doing the "boring" or mundane tasks. With his most recent test, he improved to being 64% accurate and responsive. This area has shown the greatest amount of improvement since starting Play Attention.

In the classroom and at home, he used to struggle with starting on and completing homework, classwork, or chores that he called "boring" and that didn't catch the interest of his ADHD brain. Now he starts homework and most chores on his own or only require 1-3 reminders. If he makes a mistake, he's faster to learn from it and do something correctly the next time. The pre and post FOCUS assessments he took show hard proof of improvement. The observations we've seen at home and school show improvements in how he responds better, faster and more accurately to any given instruction.

At this stage of the program the novelty has worn off and we've noticed he tries to complete the tasks faster to finish the program faster. However, when he makes more mistakes because of his impulsive responses or the inability to remain focused, the system adjusts itself so that he has to reign in his impulsiveness in order to finish the task or level up. It's awesome that Play Attention adjusts the games to each users' weaknesses to train them how to improve those, whether it's being too impulsive, not focusing well, etc. We expect that Joonas' impulsiveness and the distractibility will adjust themselves down again as he continues with the program.

The improvements in a 6.5 month period (at the halfway point) are great and we're excited to see how much more he'll improve once he completes the program!