The Link Between Adult ADHD and Fatigue 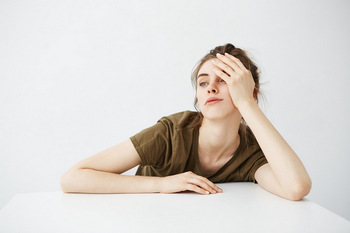 Working twice as hard for half as much is tiring.

A good blog in Psychology Today explores the connection between ADHD and fatigue.

“Have you ever used the phrase, “It makes me tired just thinking about it”? Henry Ford reportedly said something along the lines of: “Thinking is hard work. That may be the reason so few engage in it.” There is some truth to the notion that thinking is a strenuous physical activity, witnessed by the fact the human brain weighs in at about 2 percent of our whole body weight but uses up about 20 percent of the body’s energy supply.

“What is the connection between these interesting factoids in a post on adult ADHD? Well, there is increasing, though not yet definitive, evidence of a connection between reports of fatigue and ADHD in adults.(References 1,2,3) These connections arise in the review of social media post themes, reports of fatigue among adults with ADHD, and increased endorsement of ADHD symptoms among individuals with chronic fatigue. There are likely other distinctive sources of fatigue, such as sleep difficulties, which are common to adults with ADHD, or any health conditions for which adults with ADHD might be at elevated risk due to poor health monitoring. Tiredness is also an effect of many prescribed stimulants as they wear off later in the day.

Why fatigue is so common with adult ADHD

“The purpose of this discussion, though, is to focus on dealing with adult ADHD itself as a source of fatigue. I lifted the subtitle—twice as hard for half as much—from the late Steve Copps, a physician who specialized in adult ADHD before it was widely recognized. The phrase was the title of one of his presentations that he generously shared with me when we first met. Although there are many equally apt descriptions of adult ADHD, I’ve not yet come across a better one.

“The relevance of the quote for a discussion of fatigue is that the time, effort, and energy—especially brainpower—that goes into managing a day is probably greater for adults with ADHD than other individuals. Brain operations are physical and use up energy. Thus, regular matters, such as the internal debate of whether to hit the snooze button (again), go to class or skip, or how to motivate oneself to do what one should do rather than what one wants to do, all burn up mental fuel.

“The concept of cognitive load—the strain on one’s working memory—is a useful one, as working memory is one of the main areas of difficulty in adult ADHD. Working memory is like the brain’s holding and sorting station, taking in information and deciding what to do with it. Short-term memory is one component, but so are decision-making and emotional management—both up- and down-regulating feelings and motivation are intimately connected with emotions—and all of these processes guide behavior, including task initiation, persistence, and/or switching.

“A common brain drain is the romanticized notion of multi-tasking. Even if we take it for what it is—serial monotasking or jumping back-and-forth between competing tasks—each jump exacts a unique toll that over time taxes the brain and results in mental and physical fatigue. Remember, the mental is also physical. It's like comedian Steven Wright’s joke about sharing the driving with a friend during a cross-country trip: “We switched every half mile.”

“Similarly, “winging it” when it comes to a daily plan introduces many decision points. Often there is a struggle between a priority task with a deferred payoff and something that is more immediately desirable or at least achievable, though less time-urgent. This repeated struggle is another recipe for depletion, sometimes called “choice fatigue.”

How to reduce fatigue in adults with ADHD

“There are effective ways to intervene for difficulties faced by adults with ADHD. Medications can be helpful (though skills are not inexorably in the pills). The coping strategies in the non-medical, psychosocial treatments are the well-known workarounds—time management, planning, organization, and fostering more consistent follow-through. It is a case where knowledge must be associated with strategies for the implementation of these skills. The goal is not to create automatons who do things the same way, but rather to conserve brainpower from the routine demands of daily life and to be able to redirect it to endeavors of one’s choosing, especially personal strengths.”

Play Attention can develop a customized plan to help you develop the cognitive skills required for improved executive function.  This means you will have the coping strategies required for time management, planning, organizing and following through.  Strong executive function will help you face the demands of daily life with increased stamina and less fatigue.  Call 828-676-2240 or click here to schedule your 1:1 consultation.