The Decline of Play & The Rise in Childhood Depression & Anxiety.

Studies over the years indicate that the rates of depression and anxiety, especially among our younger generations, are 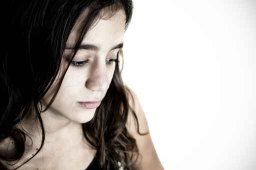 increasing year after year. Today estimates reveal that high school and college students are 5 to 8 times more likely to meet the criteria for major depression and/or anxiety disorder.  Recently Dr. Gray, from Freedom to Learn, analyzed why this trend is increasing in his article published in Psychology Today, The Decline of Play and Rise in Children’s Mental Disorders.  Dr. Gray reviewed recent evidence for the sharp generational rise in young people’s depression, anxiety, and other mental disorders from a newly released study by Jean Twenge at San Diego State University.

Twenge's study provided years of results collected from the Minnesota Multiphasic Personality Inventory (MMPI) questionnaire used to assess a variety of mental disorders given to college students in the United States since 1938. Additionally, Minnesota Multiphasic Personality Inventory- Adolescents (MMPI-A) has been providing the questionnaire to high school students since 1951. These results are consistent with other studies which show dramatic increases in depression and anxiety since the 1950s.

Why has the mental health and happiness of youth steadily decreased since 1950?

Play Attention provides resources that can help you learn how to integrate free play into your child’s life. Check out one of our blog posts, It’s Time to Play to learn more.