A Day with Attention-Deficit/Hyperactivity Disorder 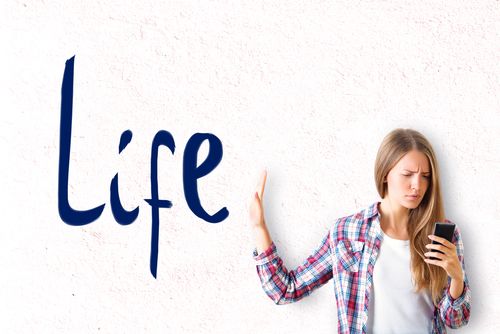 These are just some of the things that students with ADHD struggle with daily.  They are in a constant state of struggle trying to stay ahead and yet most of them are falling behind.

According to the American Professional Society of ADHD and Related Disorders, ADHD is a neurobiologically-based developmental disability affecting around 11 percent of children. No one knows exactly what causes ADHD.  However, scientific evidence suggests that the disorder is genetically transmitted.

According to the Child Mind Institute, there are three subtypes of ADHD.

Individuals with ADHD often have other difficulties including anxiety, depression, bipolar disorder, substance abuse, and sleep disorders. In addition, they often have difficulty with executive functioning skills.

Pinilla includes quotes of parents with children suffering from ADHD.  Some of these quotes include:

If you can relate to the quotes above, you know how difficult it can be to live with ADHD.  However, no matter what the cause or the severity of the ADHD, people can learn and develop cognitive skills that strengthen executive function.  That is the focus of Play Attention.

Play Attention is a fully customized program designed to improve executive functions and guide you to success. Call now for your free consultation 800-788-6786.  Or attend a live webinar.