Why does my child seem so angry?

Ever find yourself wondering why your child with ADHD is sometimes aggressive, has emotional outbursts, or is constantly argumentative?  We know that there are behavioral issues associated with ADHD.  However, many parents have to deal with more severe discipline issues on a daily basis. 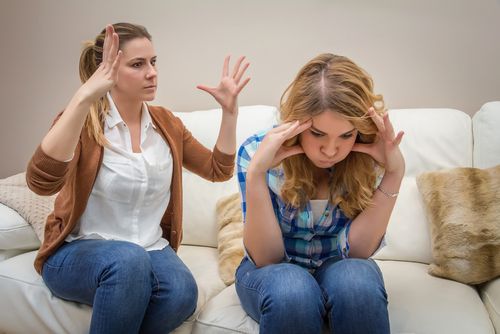 According to The Centers for Disease Control and Prevention (CDC), there is a reported link between having ADHD and developing ODD. The correlation rate for being diagnosed with ADHD and ODD is staggering, ranging between 60% and 80%. It is the most common co-existing condition associated with ADHD. People with ADHD are 11 times more likely to be diagnosed with ODD than the general population. The CDC also reports: "Oppositional Defiant Disorder (ODD) is one of the most common disorders occurring with ADHD. ODD usually starts before age eight, but no later than early adolescence."

No one is quite certain why the incidence of ADHD combined with ODD is so high.  However, it seems it may be due to a lack of impulse control.

“Many kids with ADHD who are diagnosed with ODD are really showing oppositional characteristics by default,” says Houston-based child psychologist Carol Brady, Ph.D. “They misbehave not because they’re intentionally oppositional, but because they can’t control their impulses.”

Play Attention can teach your child/client how to control emotional control and impulsivity.  We do this by combining our BodyWave technology with specific cognitive skill exercises and a behavioral shaping program.  Your child will actually control a series of exercises by attention/mind alone!  When you can make attention concrete and controllable, the child (or adult) learns how to better self-regulate and self-monitor.

In every Play Attention session, you will be working on improving attention, processing speed, impulse control, memory, task completion and more!  Once these foundational skills are strengthened you will see significant improvements in Executive Function, Self-Regulation, and Inhibitory Control.